The principles of the NAM are approved
by the Coordination Council
October 26, 2020

Goals
Ensure the peaceful completion of functions by illegitimate authorities.

Stabilization of the country's governance system after the transfer of power to the people.
Support National Anti-Crisis Management
The NAM team consists of more than 20 specialists in various fields, forced to leave Belarus and working to bring our common victory closer.
We always follow the principle of openness and responsibility in our activities.
Everything we do now is our main work. It is work which we have devoted ourselves to, leaving behind careers and positions, our personal lives and routines, to become volunteers for the main project of our lives — the New Belarus.
We need your support. Support of everyone who believes in the NAM, who shares our principles of work and methods of struggle. 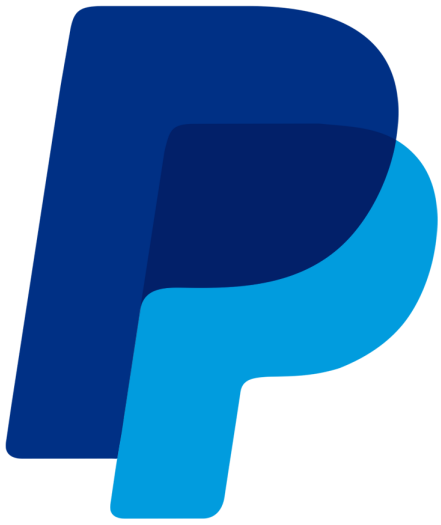 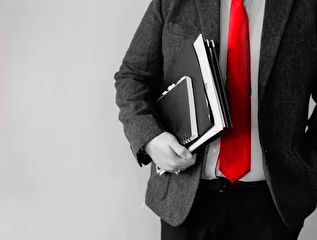 Preparing the institutions for the transition period

Support for vulnerable groups of society.
Reforming the government in a period of stabilisation.
Restoration of law and order.
Measures to stabilise and ensure economic growth.
Development of foreign policy and foreign economic cooperation.
Ensuring functioning of social spheres.

Bringing perpetrators of violence and counterfeiting to justice.
Engaging with international organisations to seize funds illegally removed from the country by individuals associated with the regime.
Establishing a list of companies linked to regime financiers for the application of economic sanctions.
Assisting international organisations in expanding the list of individuals for personal sanctions.
Supporting peaceful protests, strike movements and other forms of local self-organisation.
Countering propaganda.

Up to date news

The NAM team invites Belarusian citizens with experience in government, business and public administration as well as crisis management to take joint action to overcome the crisis.
Responsibilities
Pavel Latushka
Head of the National Anti-Crisis Management
Member of the Presidium of the Coordination Council
Learn more >
Contact ⇲
Head of the National Anti-Crisis Management

Member of the Presidium of the Coordination Council

Head of the National Anti-Crisis Management

Faculty of Law of the Belarusian State University

2020 Head of the National Anti-Crisis Management;

2020 Member of the Presidium of the Coordination Council;

2019 Director General of the Yanka Kupala National Academic Theater, Member of the National Commission of the Republic of Belarus for UNESCO;

2017 Extraordinary and Plenipotentiary Ambassador of the Republic of Belarus to the Principality of Monaco and Permanent Representative to the World Tourism Organization concurrently;

2013 Extraordinary and Plenipotentiary Ambassador of the Republic of Belarus to the Kingdom of Spain and the Portuguese Republic concurrently;

2009 Minister of Culture of the Republic of Belarus;

2000 Head of the Information Department, Spokesman of the Ministry of Foreign Affairs of the Republic of Belarus;

1996 Vice-Consul, Consul of the Consulate General of the Republic of Belarus in Bialystok (Poland);

1995 Attaché of the Legal Department of the Ministry of Foreign Affairs of the Republic of Belarus.

An Advisory Council on Belarusians Abroad has been established, legislation on the financing of theatrical and entertainment organizations, as well as on the development of public-private partnership in the field of culture has been reformed.

Extraordinary and Plenipotentiary Ambassador of the 2nd class, 2002

Civil servant of the first class 2009

Breastplate "For contribution to the development of Belarusian culture", 2017

Diploma of the National Assembly of the Republic of Belarus, 2018

Diploma of the Council of Ministers of the Republic of Belarus, 2018

2008 Chairman of the Brest regional branch of the Belarusian Popular Front (BPF) Party.

2009 Deputy Chairman of the BPF Party;

2007 Member of the Belozersky City Council of Deputies;

2003 Deputy Chairman of the City Council;

2006 Proxy and head of the Brest regional headquarters of the sole UDF presidential candidate, Aleksandr Milinkevich;

2012 Elected First Deputy Chairman of the Movement for Freedom;

2016 Elected Chairman of the Movement For Freedom.

1990 Head of the Consular Department of the MFA of Belarus

1992 Vice Minister for Foreign Affairs of the Republic of Belarus

1997 Vice Rector for International Relations of the Belarusian State University

2018 Ambassador Extraordinary and Plenipotentiary of the Republic of Belarus in the Argentine Republic (non-resident ambassador in Chile, Paraguay, Peru, Uruguay)

Author of more than 50 scientific and academic publications in the sphere of International Law, European Law, International Relations, Higher Education.

Member of the governmental delegations of the Republic of Belarus to the UN General Assembly, ECOSOC, OSCE, Council of Europe, different intergovernmental and international non-governmental organizations.

Married with one daughter and two sons.

2014 — 2020 Administration of the president of the Republic of Belarus; Deputy Head of the Department of Legislation in the Law Enforcement and Military Spheres of the Main State-Legal Department

2009 — 2014 Ministry of Justice of the Republic of Belarus; Leading specialist, Main specialist, Deputy Head, Head of the Department of Legal Regulation of Constitutional Construction and Law Enforcement

Institute for Qualification Upgrading of Judges, Prosecutors, Courts and Legal Professionals at the BSU

Participation in the work on optimizing the activities of the internal affairs bodies and the Investigative Committee, improving legislation in the field of control (supervisory) activities.

Passed training on⦁specialty of anti-crisis management, category A, B.

2012 Ministry of Culture of the Republic of Belarus, Head of Department of Culture and Folk Art.

2021 Responsible for Culture and National Heritage in the National Crisis Management.

Responsible for strategic planning and coordination;

Representative of the Coordination Council of Belarus on interaction with the European Union programme The 'Eastern Partnership';

Institute of Management and Business, Economics and Enterprise Management faculty;

2018 — 2020 Co-founder and Managing Partner at 'Legacy 21. by' School of Entrepreneurship and Personal Growth for Teenagers;

2015 — 2018. Member of the organizing committee of the 'Global Leadership Summit' public initiative;

2014 — 2015 Co-founder and mentor of the information and education project 'Krynica.info';

2013 — 2015 Consultant and mentor at 'MOST Private Educational Institution';

2010 Consultant and coordinator of the direction in the election campaign of presidential candidate Vladimir Nekliaev;

2007 Candidate to the Bobruisk City Council, co-founder of the Belarusian Christian Democracy (BCD) party, delegate of the Congress of Democratic Forces of Belarus;

2005−2008 has been a delegate of the Congress of Democratic Forces of Belarus; member of the MBD. Representative of the opposition Youth Movement "Young Front" in the coalition of political parties "United Democratic Forces" (UDF);

2004 — 2005 The representative of MMD 'Malady Front' in the international group of assistance, in the team of the bloc of parties 'Our Ukraine', during the pre-election presidential campaign in Ukraine;

2004 г. Representative of MMD 'Malady Front' in the coalition of democratic forces '5+', trustee of the candidate for the House of Representatives of the National Assembly of Belarus;

1999 — 2001 Member of the Governing Council of the Union of Regional Initiatives 'Svoboda';

1999 — 2001 Member of the Board of Directors of Bobruisk Regional Council. Founder and head of Bobruisk city organization of the MMD 'Malady Front';

Head of design and branding studio until August 2020

Main activities in the NAM:

Administrator, Lead Designer and Developer of the "Strazhi" (Police Reform in the Republic of Belarus) website

Administrator, Lead Designer and Developer of the website and the "Colour Against Darkness" project

Donate the NAM
Search the site