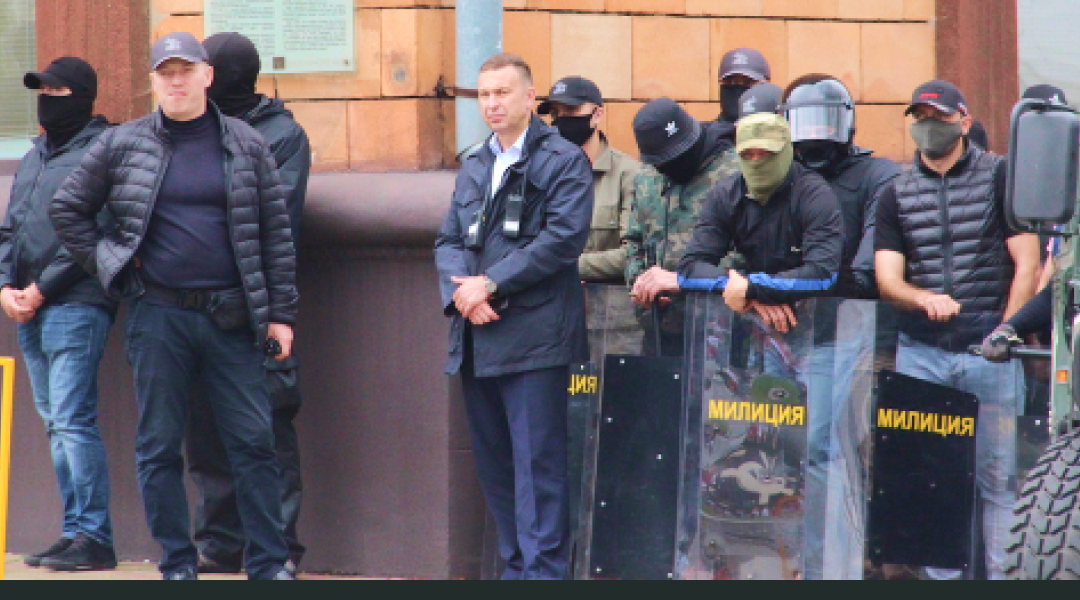 Since June 2020, the "state security structures" of the KGB and Main Directorate for Combating Organized Crime and Corruption, which are fully controlled by Lukashenka, have committed a number of terrorist crimes at national and international levels. These crimes include massive human rights violations against both Belarusian and foreign nationals, crimes against humanity, the hijacking of the Ryanair plane, and the use of foreign nationals in the hybrid migration war unleashed by the Lukashenko regime on the borders of Belarus and the EU.

However, the recent European Parliament Resolution on Belarus of 23 November 2022, in which the EU calls on the Lukashenko’s regime to end the persecution, torture and ill-treatment of the people of Belarus, including violence against women and vulnerable groups and enforced disappearances, Lukashenko’s subordinate structures, with particular zeal, continue to commit these crimes in Belarus at the moment.

The crimes committed by these organizations are documented in:

The determination of acts by their nature or context as terrorism is found in a number of international legal instruments and the legal regulation of these offences is found in at least five international conventions. For example, Directive 2017/541 of 15 March 2017 on combating terrorism supports UN Security Council Resolution 1566 (2004) of 8 October 2004 and sets that terrorist offences include "attacks on human life likely to result in death" or "on the physical integrity of a person" intended to "seriously intimidate the population" or "seriously destabilise or destroy the fundamental political, constitutional, economic or social structures of a country". Furthermore, the Council of Europe Convention on the Prevention of Terrorism (CETS 196) states that terrorist crimes and crimes against humanity, by whomever committed, can in no circumstances be justified by considerations of a political, philosophical, ideological, racial, ethnic, religious or other similar nature. In the cases when these crimes cannot be prevented, members of the Council of Europe undertake to prosecute and ensure that such crimes are punishable by penalties which consider their grave nature.

The evidence gathered and the international legal framework fully give democratic states the right to recognise these organisations as terrorist.

What awaits the members of the KGB and Main Directorate for Combating Organized Crime and Corruption after being recognized as terrorist organisations?

What awaits the members of the KGB and Main Directorate for Combating Organized Crime and Corruption after being recognized as terrorist organisations?

Each of the members of these "groups" will face criminal prosecution for their terrorist activities by democratic states, and there are at least 166 out of 197. In each of these countries, they will face arrest and prison terms of at least 10 years and up to life imprisonment. And they will not be able to keep the money they received from the regime — for these offences, the accompanying punishment is confiscation.

Our team will continue to work to expand the list of countries expressing readiness to recognise these organisations as terrorists, taking into account their particularities of national procedures, and to prepare a factual basis for recognising other organisations of the Lukashenko regime as terrorist.
United Transitional Cabinet