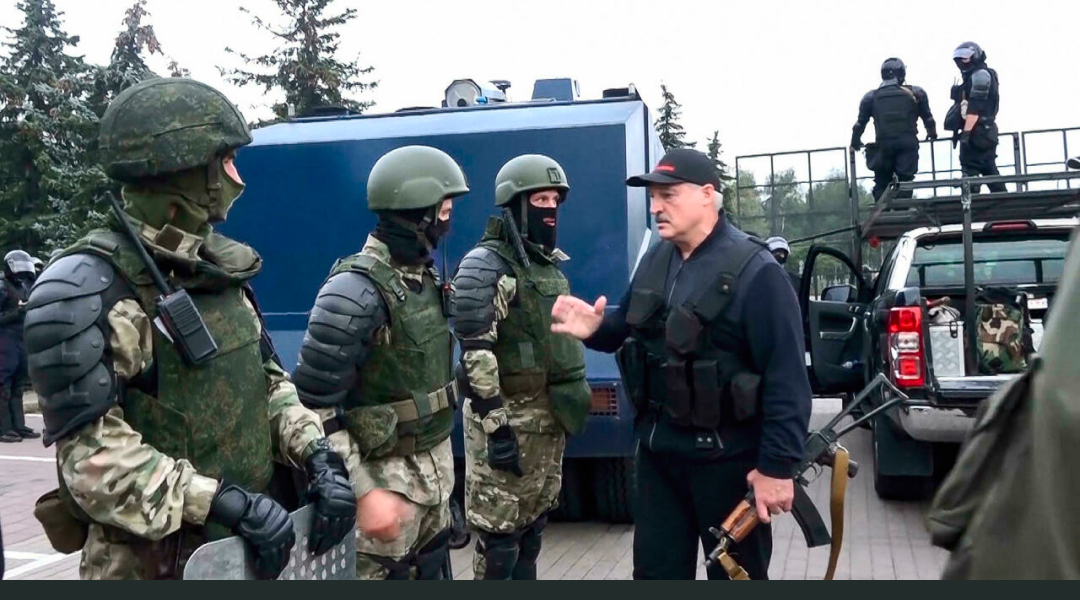 Recognition of the Lukashenko regime as state terrorism

Since August 2020, Alexander Lukashenko and representatives of his regime have committed a huge number of crimes at national and international levels. These crimes include gross violation of international human rights against citizens of Belarus and foreign residents, crimes against humanity, aircraft hijacking, migrant hybrid war, and complicity in Putin’s military aggression against Ukraine. It should be noted that these crimes still go unpunished.

Thus, Alexander Lukashenko actually seized power, having committed "election fraud", his regime carried out the destruction of civil society by means of illegal detentions and illegal sentencing for anti-electoral views, and this has been accompanied by endless inhuman torture.

More than 60,000 people have gone through mass arrests in Belarus, more than 40,000 of them have been tortured, 1,446 political prisoners are held in prisons, at least 4,691 criminal cases on political grounds have been opened, and 1,469 people have been recognized as extremists. 11 people — railway guerrillas who conducted actions to stop the supply of weapons to the Russian army during the attack on Ukraine from the territory of Belarus are recognized as terrorists by the Lukashenko regime.

On 23 May 2021, the Lukashenko regime forcibly landed Ryanair flight 4978, carrying over 100 passengers on the Athens-Vilnius route in Minsk in response to an alleged bomb threat on board the aircraft. The ICAO investigation found that the Lukashenko regime fabricated the threat to arrest a Belarusian journalist and political activist wanted by the Belarusian government. This act of air piracy is one more crime of terrorism committed by Lukashenko, that should lead him to international criminal responsibility.

Moreover, following the Russian-Belarusian military exercise "Union Resolve 2022", which took place in Belarus from 10 to 20 February, the Lukashenko regime has been supporting and financing the Russian Federation, a state recognized as a terroristic. The apogee of the situation was the Lukashenko regime’s complicity in the war against Ukraine by providing Belarusian territory to Russian troops to attack northern part of Ukraine, providing various types of support to the Russian army — from medical assistance and equipment maintenance to supplying the Russian army with the weapons, as well as deployment of missile systems and provision of Belarusian airfields for fighter flights for air attacks on Ukraine.

The aforementioned crimes by the regime constitute terrorism, as under national and international law terrorism includes criminal acts against the civilian population committed with the intent to cause death or serious bodily injury with the purpose of causing a state of terror in the population, intimidating the population or compelling a government or international organizations to commit or refrain from committing an act. Moreover, the criminal acts of the Lukashenko regime correspond to five of the eleven types of state terrorism enshrined in the Geneva Declaration on Terrorism.

It is clear that the actions of the illegitimate Lukashenko regime — massive and systematic human rights violations, torture and extrajudicial reprisals to intimidate the population of Belarus after the rigged presidential election, the false bomb threat to hijack a plane, complicity in the crime of aggression against Ukraine — provide ample grounds to qualify these facts as terrorist activities.

The United Transitional Cabinet of Belarus team has already prepared and submitted the factual and legal basis for the international recognition of the Lukashenko regime as state terrorism and is working with democratic countries, primarily with the EU, the US, Canada and the UK at the diplomatic level to agree on the necessary mechanism for such recognition.

Political decisions of the democratic countries to recognize the Lukashenko regime as state terrorism will play a very important role in isolating the Lukashenko regime internationally, cutting off its funding from foreign sources, and creating the preconditions for launching an independent international investigation into the crimes committed, and supporting and strengthening the sovereignty and independence of the Republic of Belarus.
United Transitional Cabinet