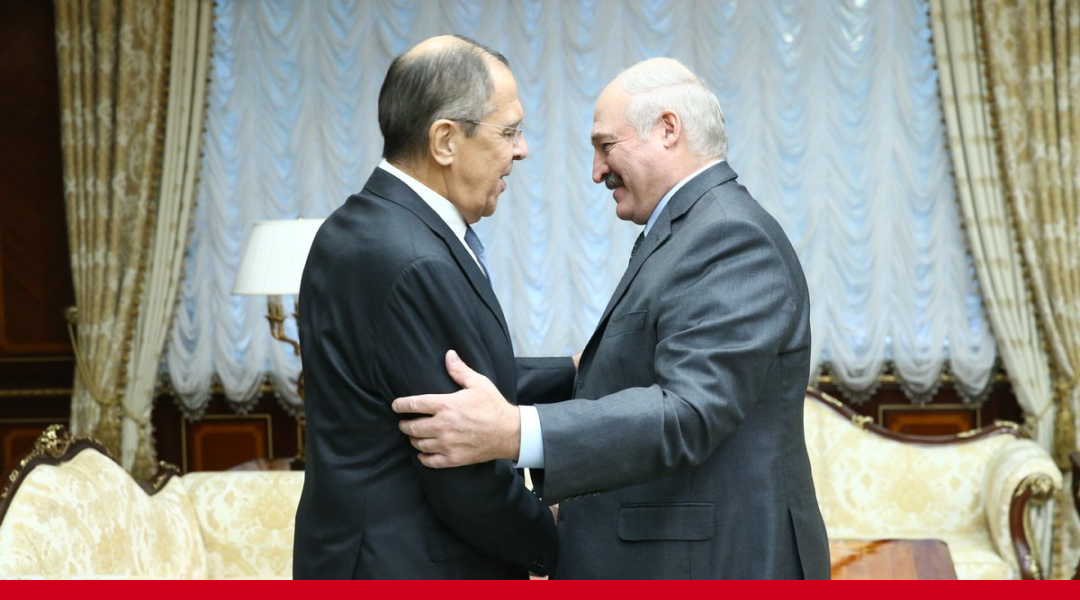 Lukashenko talked to Lavrov privately, it might have concerned a secret protocol signed by the defense ministers, — Belarusian oppositionist Latushko

Pavel Latushko, deputy chairman of the United Transitional Cabinet of Belarus, head of the National Anti-Crisis Management, a Belarusian diplomat believes that the topic of war was the main one at this closed meeting, and Lukashenko asked for as much money as possible.

He told about this on air of Espreso.

«Lavrov came to Minsk for a regular meeting. When I was the head of the information department of the Belarusian Foreign Ministry, I had to participate in such meetings and, basically, it’s a lot of chatter, blank records, coordination of activities within the UN, OSCE and earlier Council of Europe. Now the role of Russia and Belarus in the UN is zero, the role in the OSCE has been eliminated altogether, because these are two outcast countries. As for the Council of Europe, Russia has left it, and Belarus has never been there», — the Belarusian oppositionist commented.

Pavel Latushko emphasized the curious fact that the meeting took place one-on-one with Lukashenko and Lavrov, and even the Minister of Foreign Affairs of Belarus Aleinik remained outside the door.

«Of course, we don’t know what exactly they were talking about. However, in my opinion, it could be about the implementation of the secret protocol that was signed by Shoigu and Khrenin (Minister of Defense of Belarus — ed.). You probably remember that unexpected visit of Shoigu to Minsk and the signing of this agreement in Machulishchi. According to our information, this protocol is classified as "top secret", and literally a few people know about its contents, we can only assume that we are talking about the joint management of a military group, about the Russian leadership over this group, about gathering up to 100 thousand Belarusian and Russian troops, this figure was announced earlier. I think that war was the main topic, discussed by Lukashenko and Lavrov. And Lukashenka asked for as much money as possible, because he always asks solely for money, as it ensures his power. Without a gold reserve, Lukashenko’s days will be numbered, and only Russia can give him such a reserve», — Latushko said.