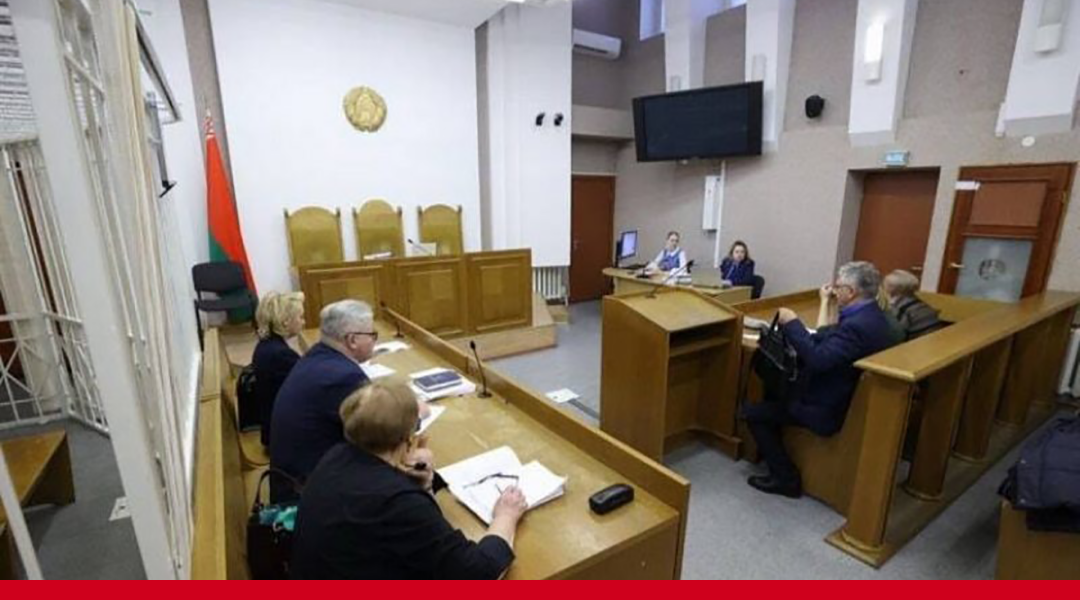 The "judges" included in the sanctions lists bear special responsibility for crimes against humanity because, as professional lawyers, they are fully aware of the criminal nature of their participation in the large-scale and systematic repression against civil society. Their role is similar to the role of the "troikas" during Stalin’s repressions.

The list will serve as a basis for prosecuting the "judges" included in it under universal jurisdiction and applying other sanctions on them.

As a "judge" of the Minsk Regional Court, Siarhei Yepikhov is responsible for politically motivated decisions against the leaders and activists of the democratic forces, in particular, for the sentencing of Maria Kalesnikova and Maksim Znak. Violations of the right to a defense and the right to a fair trial were reported during the trials he handled.

The so-called "judge" Yepikhov handed down numerous illegal sentences to political prisoners, including:

As a "judge" of the Supreme Court of the Republic of Belarus, Igor Lyubavitsky is responsible for politically motivated decisions against the leaders of democratic forces, activists and journalists, in particular, for the sentencing of presidential candidate Viktar Babarik.

Therefore, he is responsible for serious human rights violations and serious violations of the rule of law, as well as for suppressing civil society and democratic opposition.

As a "judge" of the Supreme Court of the Republic of Belarus, Valentina Kulik is responsible for making politically motivated decisions regarding activists and leaders of democratic forces. In particular, she rejected Viktar Babarika’s complaint about initiating a civil lawsuit based on his complaint against the Central Election Commission’s decision to refuse registration as a presidential candidate.

Therefore, she is responsible for serious violations of human rights and the rule of law, as well as for the suppression of civil society and the democratic opposition.
Discuss in social networks:
Facebook | Instagram | Telegram | Twitter
National Anti-Crisis Management