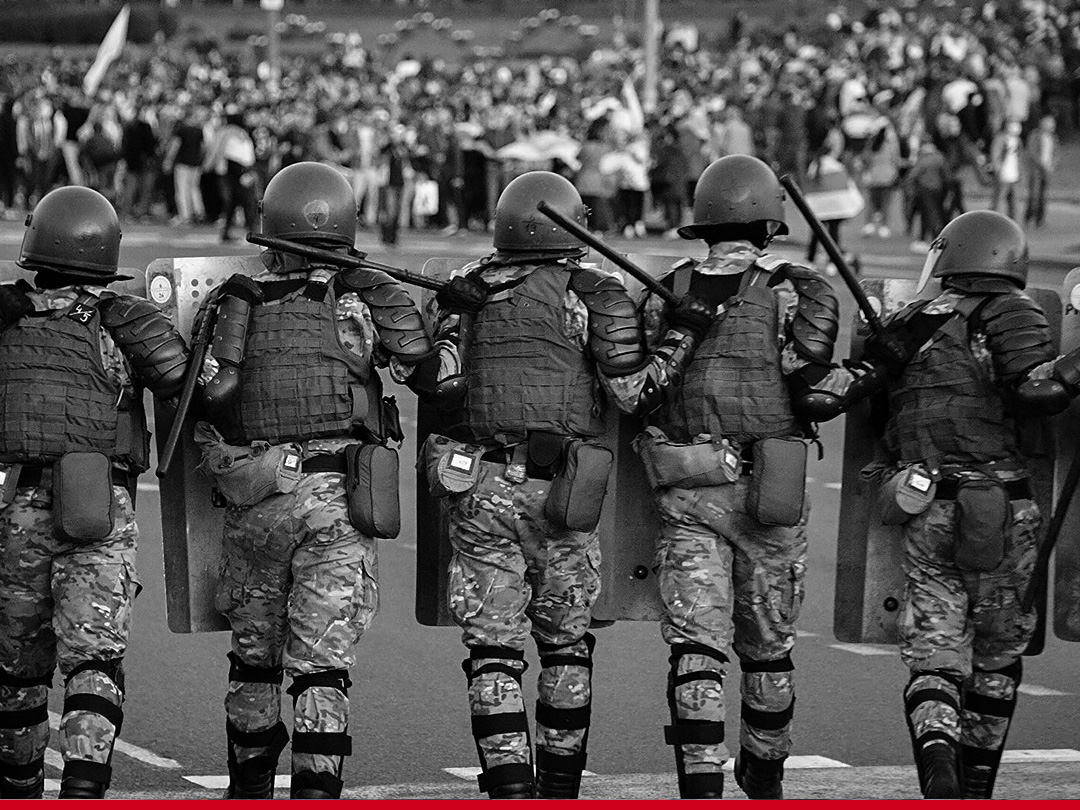 The forces’ resources are extremely limited

Last Sunday showed that the decentralisation of the protest destroyed the plan of the forces to stick together and create the mass illusion. And it is very important for them to maintain this illusion in order to intimidate and suppress protest moods. We will tell you how many forces really exist in Belarus.

According to a source from the Ministry of Internal Affairs, the total number of internal troops of Belarus is 12 thousand people:

But what about the others?

⁃ "Elite" units of officers in Vitebsk and two detachments in Maryina Gorka — 320 people.

70−75% of the forces take part in the dispersing of peaceful actions, as all the others are thrown to protect confinement places. We have less than 10 thousand people in the active reserve. More than 7 thousand of them are conscripts. At the same time, they try not to involve conscripts in the protests, as there are questions about their level of training and loyalty to the illegitimate authority. Within two new conscripts, autumn and spring, their ranks will be replenished by even more untrained and unreliable soldiers for the authorities.

In fact, the protest deals only with 3 thousand experienced and ideologically grounded fighters from the internal troops. The rest are just a "crowd", on which the regime itself does not make serious bets. In addition, according to a source from the Ministry of Internal Affairs, there may be replacements of law enforcement officers soon. And they may be much more loyal to the protesters than it seems.

What does it mean?
It means that the siloviki have less and less control over the situation on the streets. They simply have nothing to oppose the protest in the event of one-time appearance of dozens of "hot spots" with hundreds or thousands of protesters in different cities and different districts of your city.
Discuss in social networks:
Facebook | Instagram | Telegram | Twitter
NAM