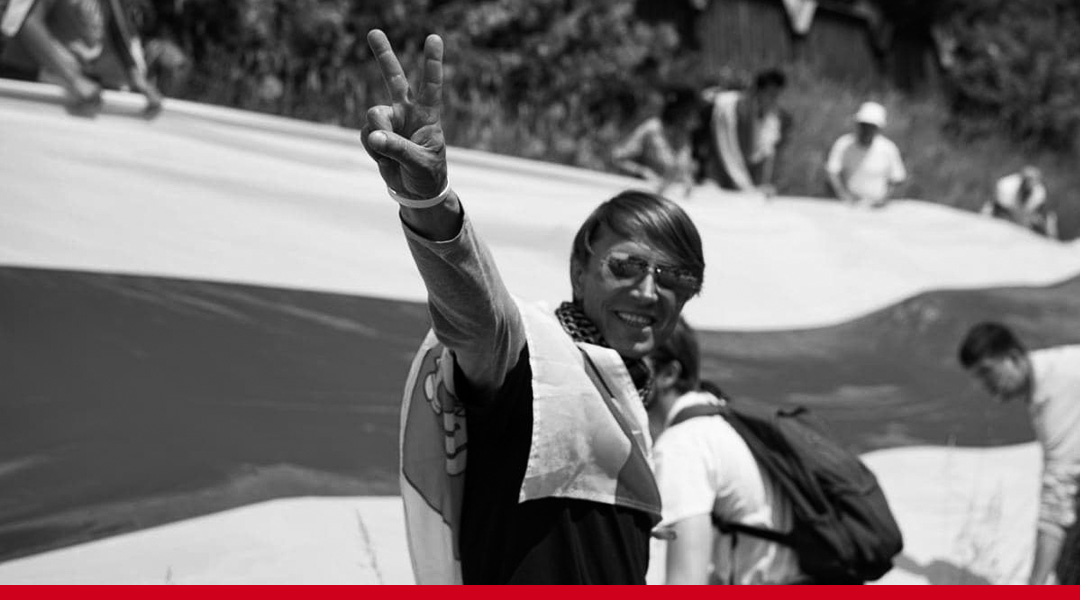 The NAM digest: rallies on Belarusian borders, popular sanctions, new activities of the #ЦветПротивТьмы movement and an action program for everyone

And here is a list of activities with which you can bring our common victory closer:
— Join the "Peramoga" mobilization plan to coordinate actions in the fight against the regime;
— Join the people’s sanctions: withdraw money from cards and convert it into currency, take a deposit from the bank, do not make expensive purchases, and also limit the use of a personal car to the maximum;
— support the #ЦветПротивТьмы movement: dress in white on Thursdays and weekends, participate in weekly flash mobs, make thematic posts on social networks;
— Sign an open letter calling for sanctions against the dictatorship.

By the NAM initiative, rallies of the Belarusian democratic forces and the diaspora were held on the borders with Belarus in Poland, Lithuania and Ukraine.

The participants demanded from the European Union to immediately impose large-scale sanctions against the Lukashenka’s regime, and from the illegitimate Belarusian authorities — to open land borders, release all political prisoners, stop the violence and hold new, fair presidential elections. All actions were coordinated with the local authorities.

In Poland, rallies took place at four border points at once: Bobrovniki-Berestovitsa, Kuznitsa-Bruzgi, Terespol-Brest and Kukuryki-Kozlovichi. In Lithuania, they protested at the Medininkai-Kamenny Log checkpoint, and in Ukraine — at the Domanovo-Mokrana and Novye Yarilovichi-Novaya Guta checkpoints.

Hundreds of people took part in the actions, and the tent camps near Bobrovniki-Berestovitsa and Medininkai-Kamenny Log stood for more than a week. The participants were supported by both drivers and local residents: they brought home food, water, and firewood. In addition, Belarusian and local musicians played at the rallies.

The NAM called on all Belarusians to join the popular sanctions against the dictatorship in Belarus:
— on an ongoing basis, withdraw money from the card, transfer all funds into foreign currency, except for those necessary for basic needs;
— take your deposits from the banks;
— do not make unnecessary, especially expensive, purchases, limiting VAT receipts for the regime;
— to minimize the consumption of automobile fuel and participate in the campaign "Walking Monday": if possible, do not use your personal car on Mondays.

Two flash mobs were held as part of the #ЦветПротивТьмы movement. The Belarusians arranged a "big wash" for the dictatorship by hanging white bed linen and white garments on balconies and courtyards. In addition, supporters of change in Belarus recalled quotes about freedom, wrote them on white sheets of paper, photographed sheets for social networks and left them in public places.

Thousands of Belarusians have already joined the movement, and every day there are more and more participants. Only you are missing!

Head of the NAM Pavel Latushka and members of the department, Svetlana Tikhanovskaya and employees of her Office, as well as members of the Coordination Council held a working meeting in Warsaw.

Representatives of the democratic forces discussed the situation in Belarus and further steps to resolve the political and social crisis in the country.

Appeal to the officials

The NAM appealed to Belarusian officials with the request to resign and join the democratic forces in order to restore the rule of law in the country, overcome the crisis together and build a New Belarus. Civil servants who are ready to go over to the side of the people can write to v.kavaleuski@tsikhanouskaya.org or to a telegram bot.

The sooner Belarus takes the path of democracy; the sooner all Belarusians will be able to create a state that will be admired by the whole world!

Pavel Latushka submitted a statement to the prosecutor’s office in Warsaw about threats of physical elimination and preparation of an act of international terrorism against the democratic forces of Belarus by the dictatorship of Lukashenka.
The statement was filed against Alexander Lukashenko, Nikolai Karpenkov, Ivan Tertel, Grigory Azarenok, Oleg Gaidukevich and other officials and propagandists and is aimed at protecting all Belarusians who are persecuted abroad. Another purpose of this act is to remind the regime’s henchmen of the responsibility they will incur for all their crimes.

Thanks to the NAM appeals to the official bodies of Ukraine and the International Federation of Festival Organizations (FIDOF), as well as the actions of Belarusians, including those living abroad, more than a dozen artists have publicly refused to participate in the "Slavianski Bazaar".

As a result, the program of the 30th festival in Vitebsk — one of the favorite toys of the Belarusian dictator — promises to be the poorest in many years. The prefix "international" in its name in 2021 will be rather formal.

The victory over the dictatorship is the business of each of us. We are offering to you:
— join the "Peramoga" mobilization plan for decisive action in our common struggle;
— enter your personal sanctions against the regime: withdraw money from cards and transfer them into foreign currency, take a deposit from the bank, refuse expensive purchases, minimize fuel consumption;
— join the #ЦветПротивТьмы movement: wear white on Thursdays and weekends, participate in weekly flash mobs, make thematic posts on social networks with the movement tag;
— to sign an open letter in support of the sanctions so that political prisoners swap their places with those guilty of repression and lawlessness as soon as possible.
Discuss in social networks:
Facebook | Instagram | Telegram | Twitter
National Anti-Crisis Management