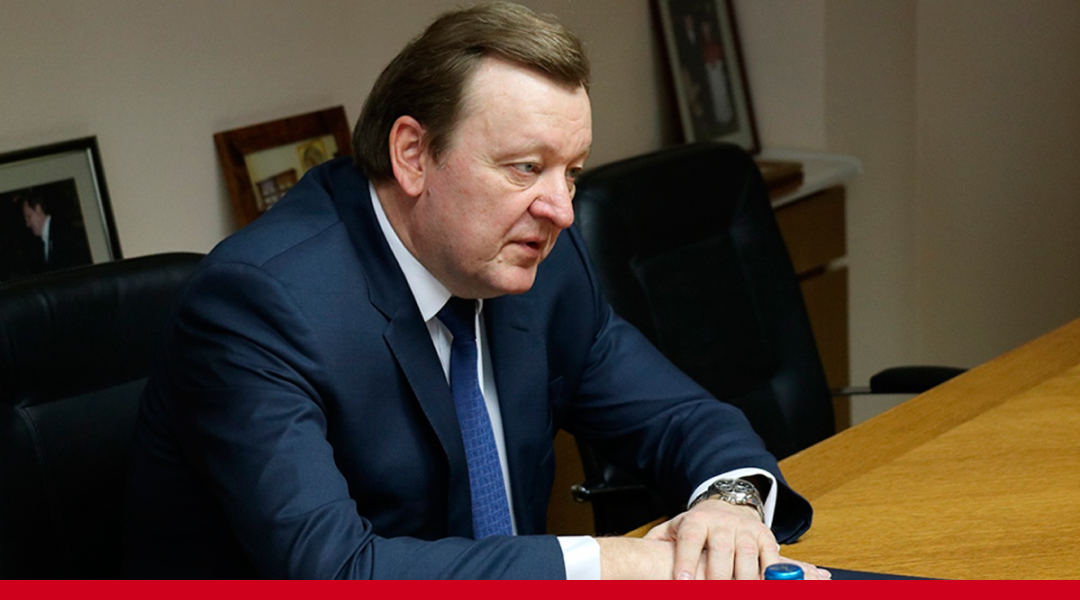 Describing Siarhei Aleinik, we have to say that two months ago we were informed by our sources in the Foreign Ministry and Lukashenka’s entourage that Aleinik was considered for the position of the Minister of Foreign Affairs instead of Makei. All the necessary checks were started with regard to him. Makei was also aware of this — this must be taken into account.

Aleinik was a close friend of Makei, together with his wife they were witnesses at the wedding of Vladimir Makei and Vera Polakova-Makei. Recently, there seems to have been a rift in their friendship, which can be linked to the fact that Makei became aware that Aleinik was preparing to replace him as Minister of Foreign Affairs.

Thus, at that time Aleinik received a certain degree of trust and communication with Lukashenko. One should understand that the dictator does not appoint people to such positions if he does not thoroughly study them or if he has the slightest distrust of the person.

Aleinik has travelled to Switzerland three times recently for contacts with a Swiss firm that deals with conflict resolution in various parts of the world, including the conflict resolution of the Crimea annexation, which demonstrates its relative "effectiveness". Representatives of this firm came to meet with Makei and the Lukashenko administration. Aleinik is behind all these negotiations.

During his 6 years of work as Ambassador in the United Kingdom Aleinik has built up quite wide connections within the British elite, which in theory could also be used by the regime to its advantage. Aleinik has also recently been in communication with some European Commission officials.

Aleinik is a rather verbose person, very difficult to convey the essence of the issues, loyal to the system and personally to Lukashenko completely, for whom the national identity, the Belarusian language and culture are not on his personal agenda, but he is also someone who tends to establish communications with the West.

Therefore, the main two reasons why Lukashenko made this decision are:

This appointment may indicate Lukashenko’s desire to reduce Russian influence and increase communication with the West. However, I believe that neither Lukashenko’s soldier Aleinik nor the dictator himself have anything substantial to offer the West today.
Discuss in social networks:
Facebook | Instagram | Telegram | Twitter
Pavel Latushka