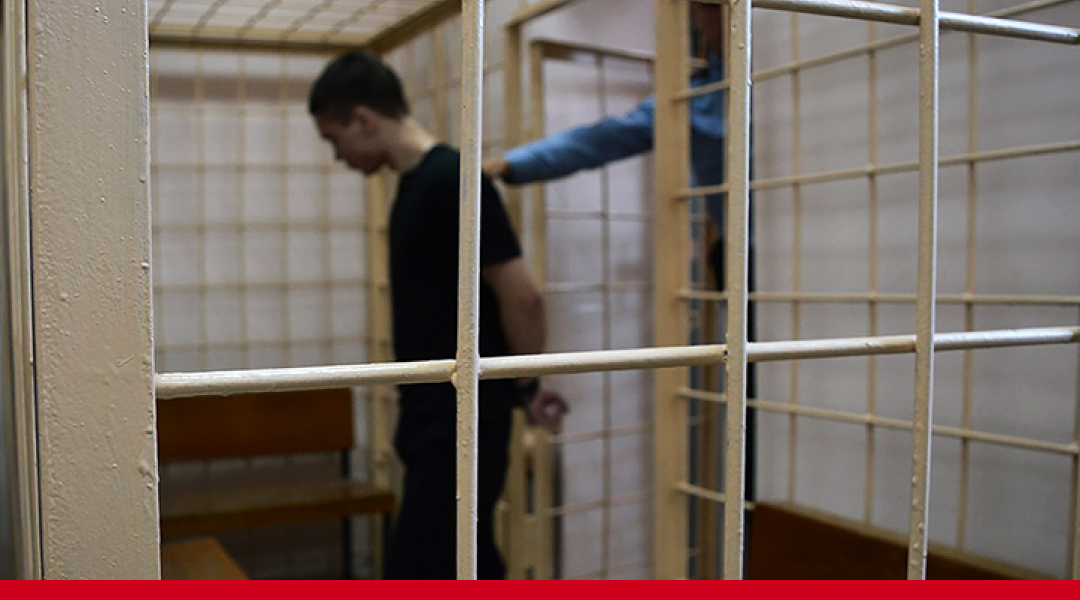 Information about repressions in the years 2020-2022

Belarus, 2022: a minimum of 17 people per day were detained on a politically motivated basis! At least 6,381 have been detained in the course of the year

Original article: belsat.eu
Belsat.eu collected and analyzed all available figures related to criminal and administrative persecution of Belarusians over the past 2.5 years.

After the suppression of the mass protests of 2020, the intensity of politically motivated criminal prosecution has not declined. On the contrary, in the following two years it only intensified. Clear evidence thereof is provided by the information constantly released by the authorities.

On April 18, 2022, the Deputy Chairman of the Committee on Investigations, Anatol Vasiliev, reported that following the presidential elections of 2020, 8,500 "extremist crimes" were recorded (the terms "extremism" and "extremist activity" are now used by Lukashenka’s regime to refer to any kind of manifestation of dissent and protest sentiment). The share of cases for political inscriptions in public places decreased at that time to 17%, whereas the share of cases for posts on the Internet remained close to unchanged — 41%.

This summer, at a meeting of the central apparatus of the Committee on Investigations, new figures were announced: 11,000 cases of "extremist orientation" were opened from August 9, 2020 to July 1, 2022. That means that the number of political cases has increased by 2.2 times over 9 months (since September 2021)!

On November 29, "Belarus 1" TV channel, with reference to the Committee on Investigations, reported 11,506 criminal cases of "extremist orientation" since August 9, 2020.

On December 25, Prosecutor General Andrei Shved said that 5,000 "crimes of extremist orientation" were disclosed in 11 months of 2022. 76% of them were made online, according to Shved.

When was the peak of repressions reached?

Official figures show that after August 9, 2020, the pace of criminal prosecution for dissent has been steadily increasing for at least 2 years.

It is possible that the pace of repressions during this period intensified even more, as Vasiliev announced the figures not in the beginning of April, but in the middle of the month. Therefore, we may be dealing with 2,500 cases not in 3 months, but in 2.5 months, which would mean an average of 1,000 cases per month. However, in this case, the average indicators for the previous period would decrease accordingly.
It is known that as of December 26, 2022, 1,441 persons were being held imprisoned: the human rights community of Belarus recognized them as political prisoners. The "Dissidentby" initiative put forward a higher number — 1,728 political prisoners (their criteria for recognition as political prisoners are different). In both cases, we are talking about information which is temporary and subject to constant change: some people have their time completely served, some are released before the trial or before the verdict comes into force — they are therefore are removed from the actual list of political prisoners.

The human rights center "Viasna" provides a clearer picture of the scale of repressions in relation to criminal prosecution in general. As of mid-December 2022, human rights activists have verified information on 2,540 results of politically motivated trials, and on a total of 3,712 people whose criminal prosecution was in connection to the 2020 elections and the events of the following years. However, these numbers are not exhaustive, as human rights defenders are limited in their ability to collect information about cases of this nature.

A typical example of the lack of information can be considered the summary of the results of 2021: human rights activists had counted 1,285 people as convicted in politically motivated cases, and the General Prosecutor’s Office claimed there were approiximately 1,600 people convicted of "extremist activities." That is, human rights advocates did not have the opportunity to immediately monitor around 20% of politically motivated trials.

In terms of politically motivated administrative persecution, an opposite trend is observed: since 2020, the number of arrests and fines has generally decreased, which is directly related to the suppression of street protests. But at the same time, the intensity of administrative prosecution still remains at a very high level, tens of times higher than it was before 2020. For example, in the relatively calm November, 2022, more people were subject to administrative persecution "on a political basis" than in the course of the whole year 2019 (206 and 171 persons, respectively).

According to the data of the human rights center "Viasna", more than 33 thousand people in 2022 and 6,443 people in 2021 went through administrative detention.

"Vyasna" has not yet summarized the results of 2022, but human rights activists reported earlier that for anti-war protests on February 27−28 only, 1,100 people were detained. Summarizing the information provided in the monthly reviews of "Viasna", we get approximately 3,500 people that have been detained this year.

Thus, during 2020−2022, around 43,000 politically motivated arrests have been recorded. However, some people have been detained several times, so 43,000 arrests are not equal to 43,000 detainees. On the other hand, information from "Viasna" is not exhaustive: in fact, there may be more cases of administrative persecution.

According to human rights activists, at least 6,381 people were detained in 2022 — that is a minimum of 17 people per day.