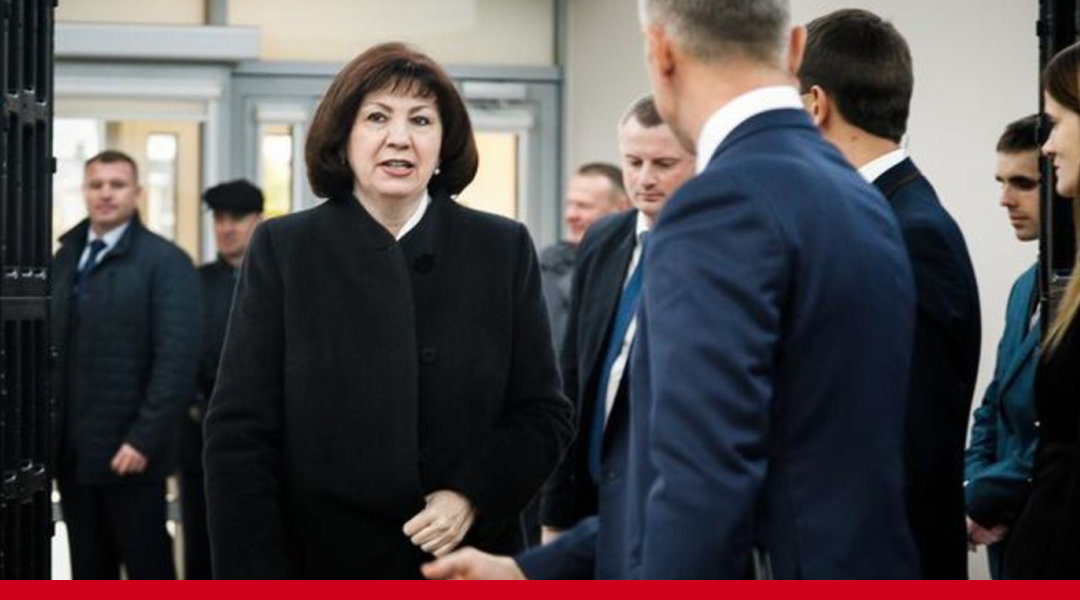 Lukashenko, who fears the loss of his power more than anything else, has obviously often wondered how the system he has been building for 28 years will function in the event of his incapacitation or death. Note that these terms were introduced by the dictator himself.

And, as we can see, he has most likely already given himself the answer to this question.

The fact is that if the dictator is incapacitated, according to Article 88/1 of Lukashenko’s Constitution, his powers are transferred to the Chairman of the Council of the Republic until the new president is sworn in. For the time being, this is Natalia Kochanova.

But in the case of Lukashenko’s death as a result of an attempt on his life, an act of terrorism, military aggression or other violent acts, according to the same article, to whom do you think his powers will be transferred? To the Security Council, but under the chairmanship of the same Kochanova.

According to the scenario that the dictator is painting for himself, until a new presidential election, within 70 days of the opening of the vacancy (article 81 of the constitution), Kochanova will be at the helm of the country.

Let us try to analyse what the regime can do to be prepared to oppose it.

In the first case, in the case of incapacitation of the dictator, she will try with the help of the head of Lukashenko’s administration Igor Sergeenko to gain all the authority in order to achieve her main goal — to hold a presidential election according to a well-tried scenario, with inevitable falsification of the results and suppression of any protests.

And for this she will vitally need the support of representatives of the power bloc — Wolfowitz, Tertel and most likely Shejman. At the same time, the Shejman-Golovchenko tandem will most likely insist on a Belarusocentric candidate and may clash with Volfovich, who will advocate a fully pro-Russian candidate.

The main reason for such a possible conflict is the inevitable loss of Sheyman’s control over the economic component if a representative of the Kremlin’s oligarchic bureaucracy seizes power in Minsk. The so-called Minister of Foreign Affairs Aleinik and the so-called head of the National Bank Kallaur are likely to support Sheyman, as they position themselves as advocates of the preservation of limited sovereignty, but in an alliance with Russia.

Volfovich’s support for Tertel and Kubrakov in this conflict will greatly strengthen the position of the latter and is likely to pull in the doubting members of the Council.

But if Kochanova fails to reach an agreement with the power bloc, first of all with Volfovich, he can certainly use his main trump card of the Russian Armed Forces, supported by the Kremlin, which is a significant military contingent on the territory of Belarus.

In the event that the Kochanov-Sergeenko duo come to an agreement, they will have the goal of holding a controlled election, preserving the continuity of the system, including that of strengthening integration with Russia.

In the event of Lukashenko’s death as a result of an attempt on his life, an act of terrorism, military aggression or other acts of violence, it will still be Volfovich who will play first fiddle. The main reason is the immediate imposition of the state of emergency or martial law.

Naturally, under such development of the situation Kochanova and Sergeenko and the rest of the representatives of the conditionally civil bloc will be put in the position of "mere executors" of the Security Council decisions.

In this case the presidency of Kochanova in this body will be formal, because the State Secretariat of the Security Council headed by Generals Volfovich and Muraveiko will be able to ensure neutralization of Kochanova’s attempts to take over full authority.

In such a situation Sergeenko is likely to take a neutral position, while Sheyman and Golovchenko will lose the opportunity to push their creatures through and will try to negotiate more of a "pay-off" in the form of material benefits.

If the other representatives of the power bloc — Kubrakov and Tertel — do not support Volfovich, the scenario of introducing or using Russian troops to help Volfovich may be realised altogether.

All the other members of the Security Council will take a wait-and-see attitude with the hope of retaining their positions in any scenario. But there is a possibility that the Council will be divided into two camps.

The first, led by Volfovich, will include the so-called Prosecutor General Shved, the chairmen of the KGB and KGB — Tertel and Gerasimov, Defence Minister Khrenin, Interior Minister Kubrakov, Emergency Situations Minister Sinyavsky, the chairmen of the Investigation and Border Guard Committees Gora and Lappo and the chief of the Armed Forces General Staff Gulevich.

The second camp, led by Kochanova, is likely to include Prime Minister Golovchenko with active support from Sheyman, the presidents of the House of Representatives and the Supreme Court, Andreichenko and Sukalo, Chief of Staff Serheenko, Chairman of the National Bank Kallaur, Foreign Minister Aleinik, and Chairman of the State Military-Industrial Committee Pantus.

When assessing the possible options for transit that exist in the minds of the regime’s supporters, it is important to understand that in any case, it is a snake’s nest, still under the control of the dictator. But without it, the processes inside the regime can acquire a centrifugal character, which we must take into account in our plans for the transit of power to the Belarusian people.

But the main thing is to prepare our own scenario of transit, based on three instruments: internal force, armed formations fighting today for the liberation of Ukraine and international support of the Belarusian people.
Discuss in social networks:
Facebook | Instagram | Telegram | Twitter
Pavel Latushka