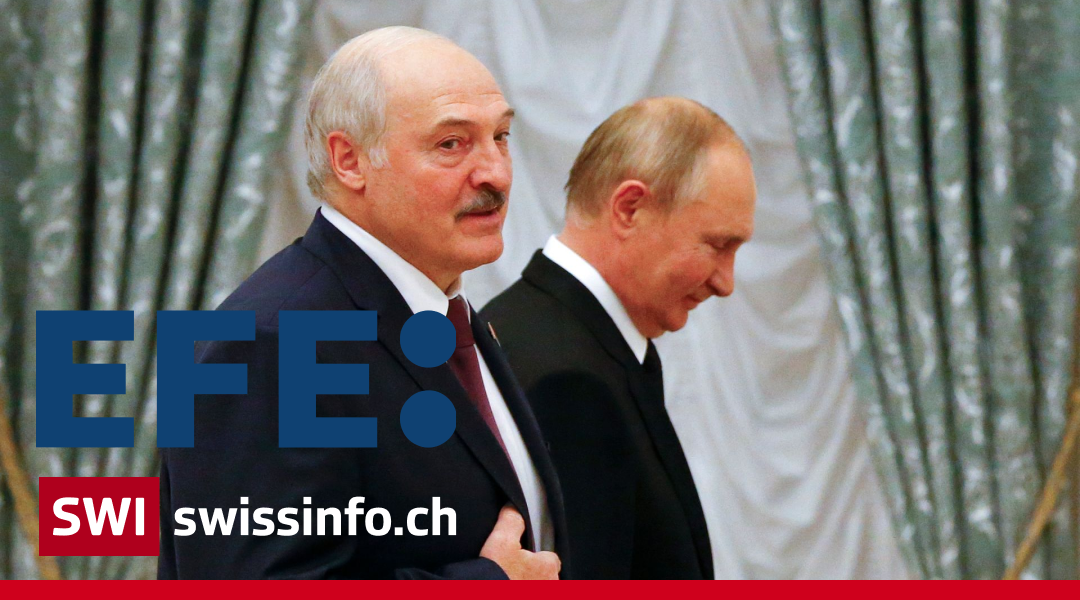 Warsaw, January 11 (EFE) — Pavel Latushka, deputy chairman of the opposition United Transitional Cabinet of Ministers of Belarus, said that Alexander Lukashenko is Russian leader Vladimir Putin’s "Siamese twin" and that unless the West takes a firm stand, it will encourage his actions.

"The West still has no strategy on how to deal with Lukashenko. We have to understand that he and Putin are like Siamese twins," the vice-president of the body, set up as a government-in-exile by Belarusian democratic opposition leader Svetlana Tikhanovska, told EFE news agency.

Latushka used to be Belarus' ambassador to Paris, Madrid and Lisbon from 2012 to 2019 and served as minister of culture in the Belarusian government from 2009 to 2012.

In 2020, however, he supported mass protests in response to the regime’s alleged manipulation of that year’s presidential election, after Lukashenko appropriated his sixth term as president.

Now, as a member of the United Transitional Cabinet set up by the opposition in Warsaw, Latushka is urging European governments to take a tougher stance against the Belarusian regime.

"Western inattention allows Lukashenko to expand repression and increase support for Putin. This is a fundamental mistake that I cannot understand. Our proposals on the establishment of a working group and the development of a strategy are met with silence," he laments.

In his opinion, Western countries should create a coalition of support for democracy in Belarus, using sanctions and other tools of international law to show Lukashenko and other members of his regime that they must take responsibility for their actions.

The opposition leader says Lukashenko has often referred to the fate of former Serbian and Libyan leaders Slobodan Milosevic and Muammar Gaddafi in his environment. "He is afraid of a similar end, so he needs to see the same prospects for himself," he says.

On the contrary, the lack of reaction will encourage him to continue supporting Moscow.

According to him, the Belarusian regime is completely dependent on Russia’s economic support.

"Putin pays for everything and covers the financial holes," he points out, noting that the only reason Lukashenko is not sending the Belarusian army to Ukraine is because it would cause a wave of public upheaval.

This would also complicate the situation for Putin, as he would be forced to act in order to solve the problem of stabilizing Belarus, Latushka believes.

However, the opposition politician believes that even if for the time being Minsk limits itself to training soldiers and producing weapons, in the future it will probably decide to include some of its troops in the Russian strike groups.

The Belarusian special services are creating a "Belarusian Wagner group," referring to a group of Russian mercenaries who, he claims, would form the core of such a contingent along with the special forces.

According to the opposition politician, the fact that the West looks away also has a negative impact on Belarusian civil society, encouraging an escalation of repression. He notes that over the last year around 7,000 citizens have been detained for their views and that there are currently around 1,500 political prisoners.

Latushka himself, as well as opposition leader Svetlana Tikhanovskaya and two of his comrades, will be tried in absentia from 17 January, although he says he has not received any documents from the police investigation or indictment.

"I am accused of violating the criminal code on eight counts, several of which carry the death penalty. Lukashenko is doing this to discourage democratic activists," he says.

"Lukashenko told me directly that if I betray him, he would strangle me with his own hands," Latushka told EFE, claiming to have received more than 30 death threats.

Latushko recounts as a written story how a man threatened to behead him with an axe in the Polish capital, on the banks of the Vistula. "I can’t even fill up my car," he says, referring to the danger of an explosion caused by a bomb. EFE
Discuss in social networks:
Facebook | Instagram | Telegram | Twitter
Pavel Latushka